"Encouraging Your Kids To Dream Big"

You are going to learn 3 languages in one book

The History of Jigsaw Puzzles 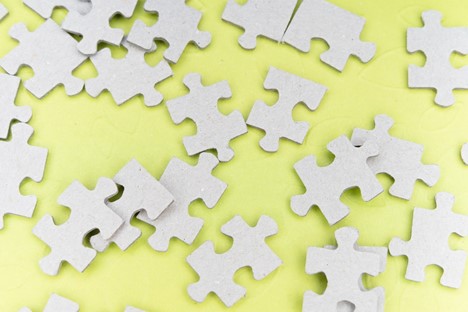 People may think otherwise, but completing jigsaw puzzles is a hobby that’s truly not bound by age. You, a grownup, and your child both can enjoy the process of doing a puzzle. After all, who doesn’t appreciate the satisfaction that comes from successfully fitting together irregular jigsaw puzzle pieces that give rise to one whole, beautiful picture?

From 3D puzzles to panoramic jigsaws, there are all kinds of jigsaw puzzles on the market right now. In fact, the puzzles have made their comeback with a boom ever since the pandemic hit the states. What’s interesting is that the manufacturers of jigsaw puzzles earned 300% to 400% more sales in the time following the first few lockdowns of March 2020.

People were just that enthusiastic about immersing themselves in this brain-stimulating activity during an ongoing crisis. But one somewhat eerie aspect of the phenomenon is that this wasn’t the first time in history that people used jigsaw puzzles as a means of escapism. But more on this in a bit! First, we’re going to look at the origin of the jigsaw puzzle.

Where Did Jigsaw Puzzles Come From?

The very first jigsaw puzzle came about in the year 1762 in Georgian-era England. When a map engraver called John Spilsbury placed his map onto wood and cut outlines of the countries from it, it gave rise to a form of the jigsaw puzzle similar to the one we’re familiar with today.

Spilsbury went on to deliver what he’d created to a local school to help children in their geography lessons. The concept was immediately loved, and it wasn’t long until similar puzzle pieces were being reproduced for more imagery outside of world maps, like farm landscapes and religious depictions. By the mid to late 1800s, jigsaw puzzles were now popular with both adults and children. The puzzle boards created during this time were a lot more sophisticated, owing to new technology like lithographic printing, which made it possible for the art on the puzzles to be more colorful and detailed. The period was also where the puzzles got their name “jigsaw” from when a machine called the treadle jigsaw was invented, which helped jigsaw makers create even more intricate shapes for individual puzzle pieces.

Before the present-day pandemic, people developed a love for jigsaw puzzles en masse once before too. During the Great Depression of the 1930s, America’s stock market crashed, resulting in a worldwide economic crisis. People were unemployed, hungry, and had little ways to entertain themselves. So they turned to one of the only sources of amusement they had at hand: their jigsaw puzzles. Before the economic recession, most people had access to the economical cardboard jigsaw puzzles, which they’d now begun to find incredibly useful. The pastime allowed them relief from their distressing financial circumstances.

This period in history has a lot of parallels to our current situation. It doesn’t come as a surprise that many people have developed a love for puzzles during this time, and if you have too, you’re going to love our expansive collection of jigsaw puzzles for children. Our jigsaw puzzle art and boards are scenic and detailed and help you spend quality time with your family. Order your jigsaw puzzle online with us today.